I’ve hated myself for half my life. It’s hard to admit, but I just started loving and accepting myself around 2014. I feel guilty for hating myself for so long because I have very loving parents and supportive friends — it feels insulting that the love they gave me, I couldn’t accept for myself.

But it’s not an easy hate to articulate. It’s hard to talk about how worthless I’ve felt, because living in this world, a person is supposed to be “worth” something. And I felt like I was worth nothing.

As an immigrant girl of color growing up in America, I didn’t get to deal with just puberty. I was facing pre-teen insecurities and racism, sexism, hatred toward Muslims, hatred toward immigrants, financial insecurity, and constant perceived otherness. I wasn’t just battling acne, I was figuring out how to survive in a systematically hostile country.

Most days, I felt like I could face it all, that I could carry the weight. But some days, all I wanted to do was give up, let the weight crush me. Especially in 8th grade, the gulf between me and my white friends was beginning to widen. Their puberty had taken them on a gentle river cruise; my puberty brought storms of acne, tsunamis of weight changes, and hurricanes of frizzy, thick hair. My insecurities about my outer appearance started chewing away at what little confidence I had about my inner worth, my personality.

But ibu and ayah had given up so much to get me to this promised land — I should just suck it up and keep going. Even if it meant, little by little, I was slowly being ground to nothing.

It seems counterintuitive to want to wear the hijab when your self-esteem is so low, to become the only hijabi in high school. But in my mind, I thought, hey, I could start over. I could just cover myself up because I’m ugly and my looks are hopeless. I can make up for my looks in other ways! This is a chance to have an actual personality!

I absolutely did not have God in my heart when I put that scarf on for the first day of freshman year in high school. I used it as a Band-Aid, to boost my feelings of self-worth. If I could somehow “break stereotypes” and be a Cool Muslim, then I could be a person of worth.

On that first day, random kids muttered in passing, “Terrorist,” and, “Don’t drop a bomb on us.” But the worse part was how my friends — friends I knew since elementary school — treated me. It wasn’t anything overt. But one friend…we used to talk for hours on the phone in middle school, doing magazine quizzes and talking about boys. Then, after that first day, she grew distant and ended up with a new, cooler group of friends. I get it; sometimes friends just grow apart. But there was also a feeling that because now I was a hijabi, people couldn’t relate to me anymore.

My other friends were still nice, but they’d never asked me how I felt, if I was OK or how they could help me out more. Part of it was my fault; I shouldn’t assume people know how I feel and I should’ve spoken up more about it. But if someone had just asked, “Hey, are you OK?” That would’ve been enough.

Beyond that first day, there was nothing blatant about how people treated me. It just felt like people were tiptoeing around me. Like they couldn’t laugh too loud or have fun around me. As the only hijabi in my year (and I think the whole school?), I felt hyper-visible and invisible all at once.

After that first day, I resolved to “break stereotypes.” To do that, I played soccer and lacrosse, I did musical theater, I wrote for the school paper, I ran for student government and was vice president of my class for two years. Honor society. Volunteering. Just non-stop activity to show that hey, look at me, I’m just as American as you.

But pretending to be a Cool Muslim™ sucks. It’s tiring, because you’re constantly thinking about what other people think about you. You start to see yourself become a character. And after the umpteenth, “So, what does your hair look like?” or “What are your thoughts on this terrorist attack?” you kind of want to break a wall or at least smash some windows.

But I also felt like…at least I was doing something. At least I was being useful, and even if I couldn’t answer everyone’s questions about Islam, I could expose people who wouldn’t normally be around Muslims to a Muslim. Yes, I was reveling in my token role.

Eventually, it became really exhausting, so to take a break from it all, I ended up studying abroad in Australia my junior year of high school. It never turned out to be a break — token role was in full-throttle, plus I worked because who can actually afford to travel? — but I felt for the first time that I could be myself.

It wasn’t because there was less racism or Muslim-hating in Australia. (The same amount, really. White Australians have this thing where they’re like, “Oh, we make fun of ourselves a lot, so we get to make fun of other people too, and it’s not racist!”) I was just given space to figure out who I wanted to be for the first time.

When I returned to the U.S. and finished up my senior year, I started caring less about what others thought about me. It wasn’t up to me to change people’s minds about what they thought about Muslims or immigrants or Indonesians. It’s not my job to break stereotypes thrust upon me; it’s up to other people to not have these shitty, ridiculous stereotypes in the first place.

After that, I started building up my self-esteem bit by bit. I still didn’t really like myself until a few years later, but I started to think, hey, I’m not so bad. I don’t need to be “worth” anything. I am enough.

Being an Indonesian raised in America, I guess I fall under the umbrella of “Asian-American.” But it was never a term I really identified with growing up because it was mostly for East Asian-Americans. In 10th grade, I even had a Chinese-American classmate tell me I wasn’t Asian enough because my eyes were too big. So I never considered “being Asian” a part of my identity until much later.

(Consider this Huffington Post piece: “The Asian-American Awakening: That Moment When You Realize You’re Not White.” I knew I wasn’t white the moment I landed in this country, so I don’t know what “Asian-American awakening” this author is talking about.)

Ibu and ayah instilled a lot of Indonesian pride in me growing up, though. Indonesians are not at all represented in American media, but my parents made sure that I knew where I came from. That meant celebrating Eid ul-Fitr with Indonesian food, ayah briefly teaching me and abang Indonesian martial arts, wearing batik, and mixing bahasa and English.

This site uses Akismet to reduce spam. Learn how your comment data is processed. 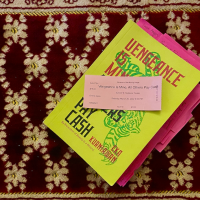 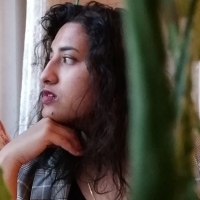 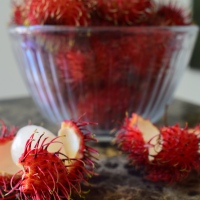 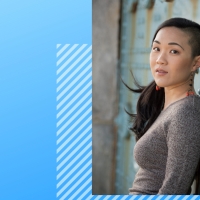 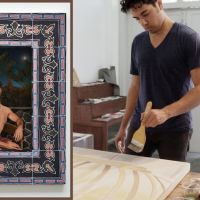